skip to main | skip to sidebar

A Quebec Media Empire according to Pierre-Karl Péladeau 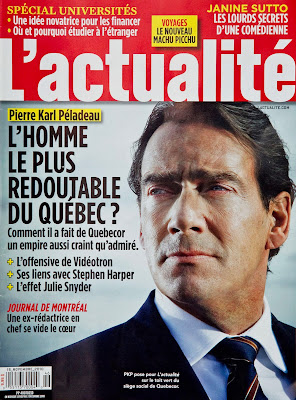 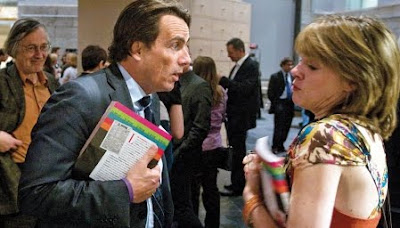 The report published in the magazine L'ACTUALITE and signed by Jonathan Trudel is excellent and represents very well the situation of Pierre-Karl Peladeau (PKP) and his media empire QUEBECOR. One may not agree with the way in which Quebecor is managed but the reality is the one presented in the magazine.
One downside is the commentary text signed by Paule Beaugrand-Champagne.
She is right in her comment but she was at the Journal de Montreal after the death of Pierre Peladeau, from 1998 to 2001. This was a period of mourning and above all a period of strategic business repositioning following the death of the founder. It was also the period where Pierre-Karl Peladeau has firmly established its position as new boss at Quebecor as heir.
It would have been more interesting to read the comments of Jacques Girard, who was editor and vice president of Quebecor (1988-1996) during the reign of founder, Pierre Peladeau father. For those who want to read more on Pierre-Karl Peladeau, the article written by Josée Blanchette in Le Devoir adds a personal touch intimate and humorous...
Picture 1: Pierre-Karl Péladeau;
Picture 2: Pierre-Karl Péladeau and the journalist Josée Blanchette
Link report of L'Actualité ;
Link story by Le Devoir
Publié par LeStudio1.com / Blogs Google à 15:53